Voltex, that is party. 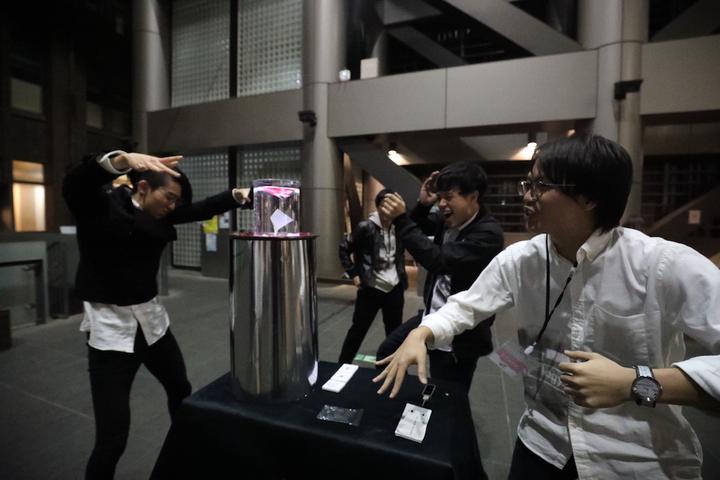 What is the last “vortex” we saw?

A tornado? Eddy tides? A vortex of people? A whirlwind of excitement? Galaxies?

The “vortex” doesn’t seem to be there.

You’re by the vortex.

You may be part of the vortex.

I wonder if the Vortex is aware of it.

The “individual” that makes him who he is.

Is the individual aware of it?

They’re not all in one piece.

They all create one vortex.

Using Leap Motion, they recognize the motion of drawing a vortex with their hands.

The mechanism of vortex generation and dissipation is realized by controlling two water flow generation pumps installed under the water tank and a hole at the bottom.

It swirls in the air like a DJ scratching. Create your own whirlpool and involve yourself in it.

You can create a vortex in the water without actually touching it, which is a strange but natural feeling.