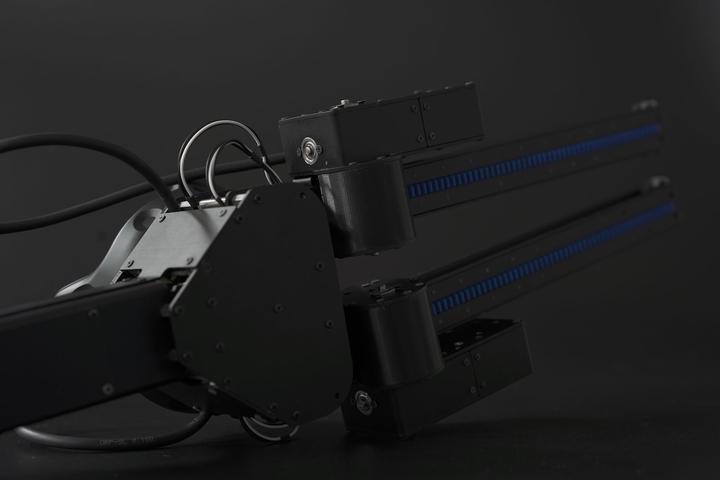 The shape of the grasping object as perceived by humans is affected by the moment of inertia of the object and its appearance. In this project, we developed a handheld VR controller “Transcalibur” that can reproduce the sensation of holding various virtual objects by moving the positions of the two weights.

By moving the two weighted modules in polar coordinates in a two-dimensional plane, Transcalibur changes its own moment of inertia.

In order to generate real sensations with various objects in the virtual environment, it is necessary to know the relationship between the “position of the weight” and the “shape that humans actually perceive”. However, this relationship has not been established as a theory.