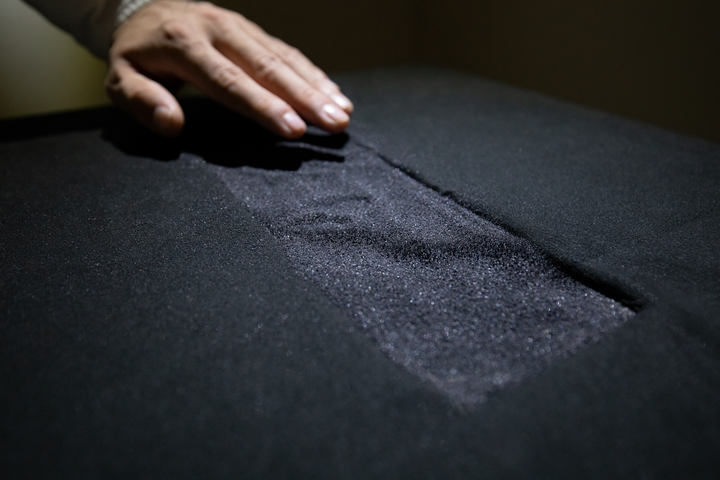 Do you feel the “Ghost” in these inorganic particles?

Since ancient times, Japanese people have believed that all things have ghost in them. Listen to the voice of things and be grateful for their benefits. These beliefs were born because people and things have spun a close relationship. However, with the development of technology, people became arrogant, and the “ghost” in things was forgotten. Especially now that intelligence has been given to all things, human beings are becoming a one-sided subjective relationship with the side that commands and the side that commands things. Such a apathetic relationship even makes things feel bothersome. When you listen to the voices of things and think about the feelings of things, it’s the first time that things have life.

This work breaks down the relationship between people and things and depicts a world where “ghost” dwells in things. Particles that behave in an inorganic manner. If you work diligently and face it, “ghost” will come to reside in the particles and speak to your heart.

Dress of Ghost reestablishes a relationship between you and things.

Sand that gives you goosebumps or pulses when you put your hand on it.